Enjoy a full day tour from Porto and discover the Sanctuary of Our Lady of Fátima, a Marian shrine complex among the main religious sites in the world. The guided tour also includes a visit to Coimbra, a UNESCO World Heritage site and one of the oldest universities in Europe.

After meeting your guide at the meeting point at 8:00 am sharp, we will take direction to Fátima, one of the world’s most famous sites of Catholic pilgrimage. The Sanctuary of Our Lady of Fátima, a large Marian shrine complex, is enclosed within this city, located in central Portugal.

Fátima gathered worldwide attention after apparitions of the Virgin Mary, accounted for by three local shepherd children in the nearby village of Aljustrel in 1917. As we approach Fátima, you’ll be able to imagine the everyday life of the area during the Apparitions while your guide takes you to the humble houses where the children were born.

Next we’ll visit the Sanctuary of Fátima, where you’ll be overtaken by the sense of peace and tranquility. Fátima, which is visited by approximately 6 to 8 million pilgrims annually, hosts the Sanctuary, a basilica and the Chapel of the Apparitions, the exact location where the Virgin Mary used to appear to the children.

Your guide will tell you interesting stories and anecdotes about Fátima, such as the assasination attempt on Pope John Paul II and the peculiar place where the bullet landed as well as the tombs of the three children: Lúcia, Francisco, and Jacinta.

After the spiritual experience of visiting the sacred site of Fátima, you’ll have time to relax and enjoy a traditional lunch included in the tour.

In the second part of the tour, we’ll visit Coimbra, a major cultural center and University city which is, in fact, one of the oldest working universities in Europe and the oldest in Portugal. It was declared a World Heritage Site by UNESCO in 2013.

Get to experience the fantastic atmosphere of Coimbra, where all kinds of student traditions and practices are still well alive, as well as the notorious uniforms with long, black capes. We’ll make a visit to the University and its historical, monumental buildings. From the atrium you’ll witness stunning views of the city.

Next you’ll discover the charm of the narrow streets of the historic center, the Old Cathedral, which dates from the 12th century, the city’s Roman ruins to finally uncover monuments like the staircase of the Quebra-Costas and the traditional neighborhoods of the Old City.

We’ll return to Porto around 6:30 pm, where you can continue discovering the city.

Check in and be present at the meeting point at least 15 minutes before the start of the tour. 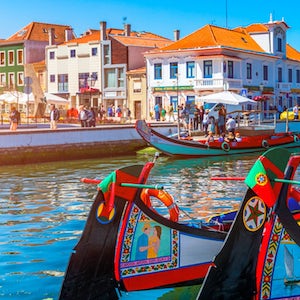 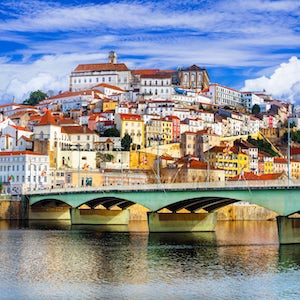 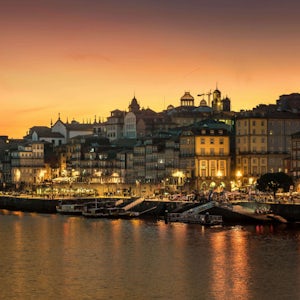 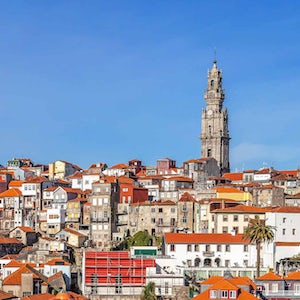 Best of Porto Full Day Tour with Wine Cellar, Cruise and Lunch
4 Reviews
Discover the best of Porto with this all-inclusive full day tour with transport. Enjoy the sights of some of the most emblematic monuments that give Porto its unique cultural richness, plus a traditional lunch in the Ribera neighborhood and the famous 6 bridges river cruise.